Hydrogen, known as natural gas, is a clean alternative to methane, a potent greenhouse gas that contributes to climate change. Hydrogen is the most abundant chemical element, estimated to contribute 75% of the mass of the universe.

Hydrogen is easily the most abundant element in the universe where its atoms can be found in the sun, stars, and on the planet Jupiter which is composed of mostly hydrogen. On earth, these atoms can be found in humans, plants, animals, and of course most abundantly, water. While it’s present in nearly all molecules in living things, it’s very scarce as a gas – less than one part per million by volume. Any hydrogen that enters the earth's atmosphere quickly escapes gravity into outer space.

To learn more about Hydrogen and its chemical compounds, you can click HERE to be redirected to the Royal Society of Chemistry.

To produce hydrogen, it needs to be separated from the other elements in the molecules where it is found. It can be produced using a number of different processes. The two most common methods for producing hydrogen are steam-methane reforming and electrolysis (U.S Energy.Gov).
Other processes such as thermochemical processes, use heat and chemical reactions to release hydrogen from organic materials, such as fossil fuels and biomass, or from materials like water. Water (H2O) can also be split into hydrogen (H2) and oxygen (O2) using electrolysis or solar energy. Microorganisms such as bacteria and algae can produce hydrogen through biological processes.
To learn more about the production of hydrogen and the processes above, you can click HERE to be redirected to The Office of Energy Efficiency & Renewable Energy.

Even though hydrogen is a colorless gas that has no visible difference in appearance, it confusingly has colorful descriptions - codes or nicknames - used within the energy industry to differentiate the different types.

These colors are assigned by the production type, but with no universal naming convention, these color terms are not definite. Let's explore the colors and their meanings below: 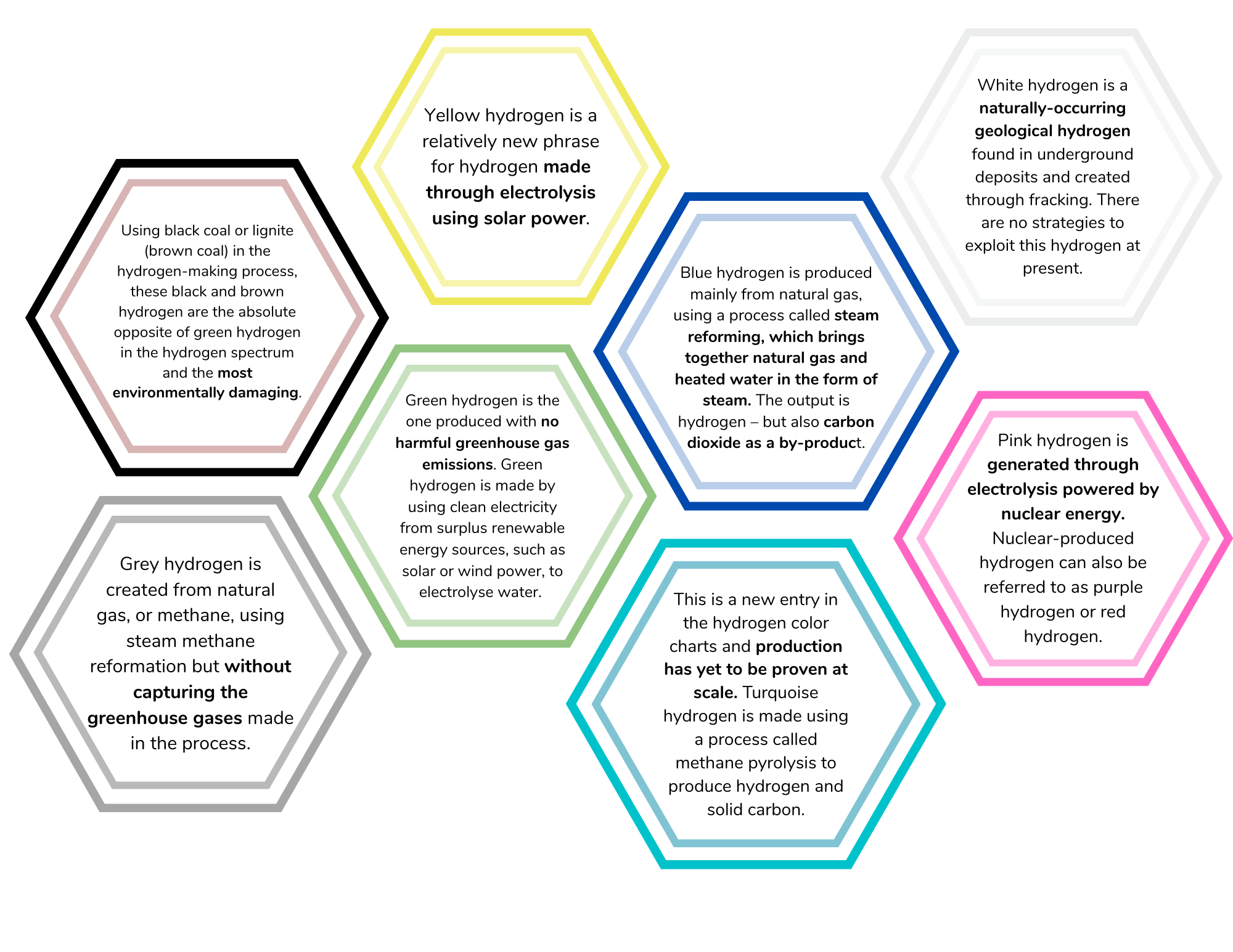